Robert P. Henderson, Jr. Will Retire as Head of Nobles in Summer 2017 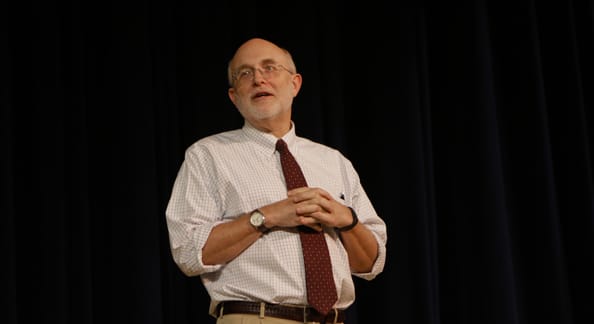 On November 19, 2015, Robert P. Henderson, Jr., head of school, and Beth Reilly, president of the board, jointly announced news of Henderson’s intention to retire in 2017.  He has served as head of school at Noble and Greenough School since July 2000, and his independent school career spans four states, more than three decades, and myriad leadership roles.

“As we contemplate his retirement a year from June, I know we will be humbled by our reflections on what he has meant to all of us and to this community,” wrote Beth Reilly, president of the Nobles Board of Trustees, in a letter to the community.

Henderson also reflected on his time at Nobles. “Few people bleed more Nobles blue than I do. This school changed my life and provided me with the most extraordinary opportunities, as well the chance to develop as a person and leader.”

Henderson’s transformational leadership will be celebrated as his June 2017 retirement approaches. He will continue to lead, while a search committee, led by Nobles trustee, parent and graduate Scott Freeman ’81, will appoint Henderson’s successor. Henderson is the sixth head of school in Nobles’ 150-year history.

To read related information from Henderson and Reilly, click here.