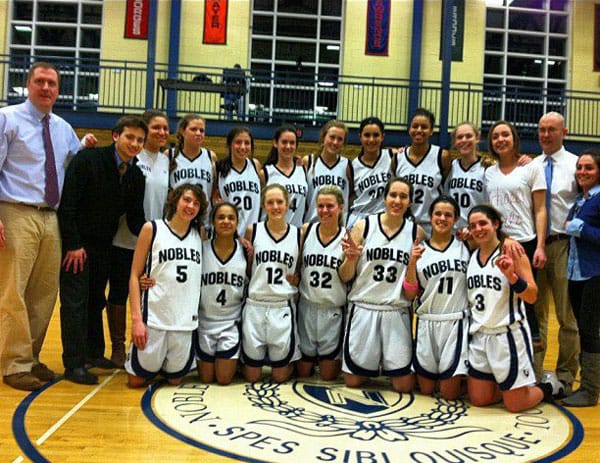 Nobles was fortunate to have some remarkable success during the Winter NEPSAC Tournaments March 2-3.

Boys' varsity hockey made it to the finals of the NEPSAC Open Tournament for the first time in school history after hard fought wins against Avon Old Farms and Exeter. Nobles was not able to overcome ISL rival Lawrence in the finals, as they fell 3-2.

Girls' varsity basketball finished their season 25-1, ISL Champions and—for the first time in 25 years—New England Class A Champions. Nobles was lead by the ferocious defense of ISL MVP Lauren Dillon '14 and the tenacious play of tournament MVP Kate Kerrigan '14. Nobles defeated Hotchkiss and Tabor to reach the finals and then avenged their only loss of the season with a 53-43 win over Class A rival New Hampton.

All three teams are incredibly appreciative of the support given to them by their families and the entire Nobles community.