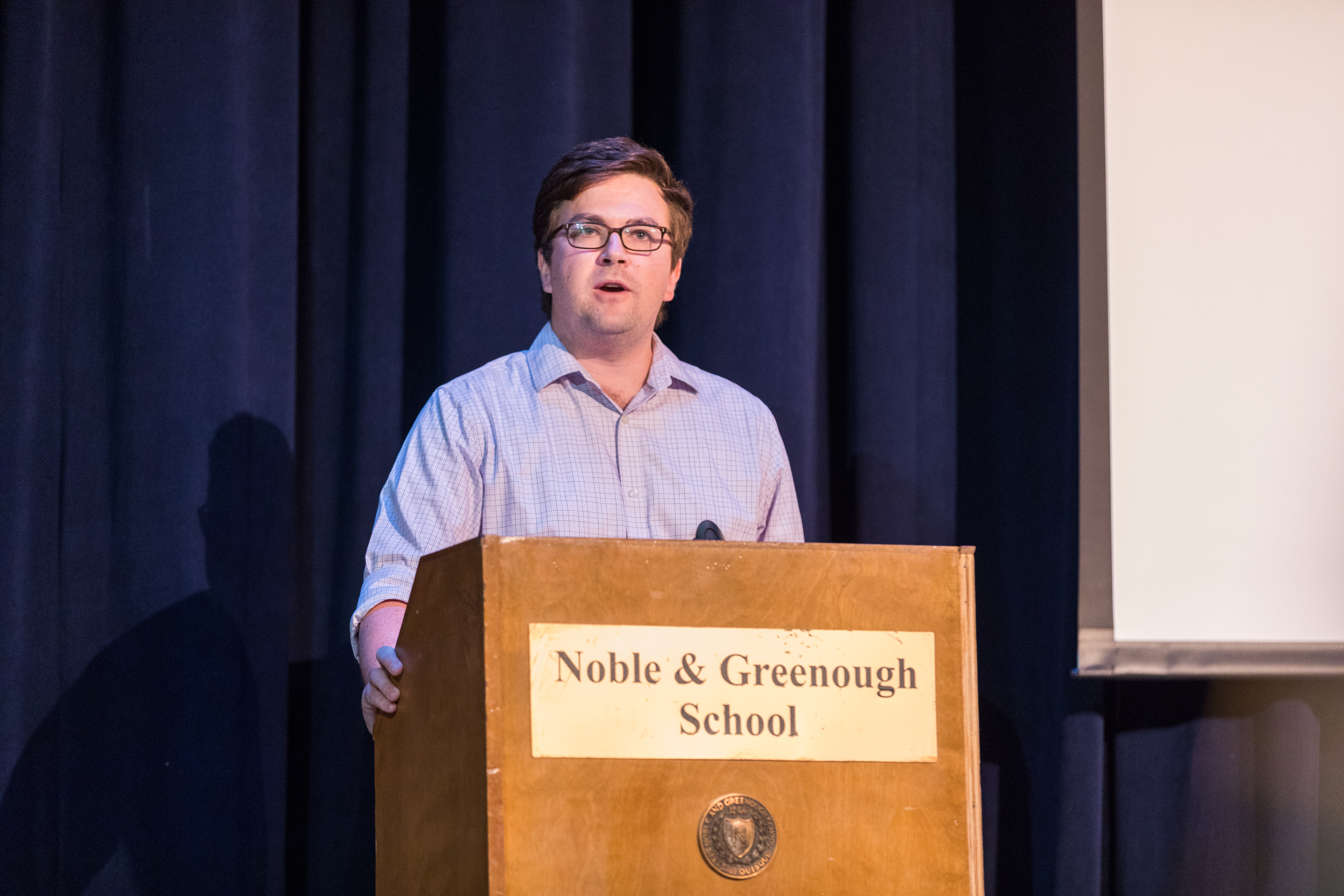 On Monday, September 10, assembly was dedicated to the memory of those lost on September 11, 2001. Dr. Cathy Hall talked about some ways life has changed for Americans since the terrorist attacks on the World Trade Center. Then she introduced history faculty member Michael Polebaum ’08, who lost his cousin Scott when the towers fell.

Polebaum described Scott, his gregarious, warm cousin, as the one he looked forward to seeing at every family gathering—who patiently endured passionate jibes from his younger cousin Michael about the superiority of the Red Sox to the Yankees. But it was Scott’s final actions that reminded Polebaum of a quote by the late Brazilian author Clarise Lispector: “At the bottom of everything there is the hallelujah.”

On September 11, 2001, 37-year-old Scott went to speak at an event at Windows on the World, the restaurant on the 107th floor of the North Tower. Polebaum was in sixth grade. What he has since learned from those Scott helped that day has given him an even greater sense of admiration for his cousin. Scott first called his assistant to ask her to let his mother know he was being evacuated to the roof and would be okay; then he shared his phone with others. One was a man who wanted to call his wife and newborn child in Israel to say goodbye. Years later, that man’s father traveled thousands of miles to embrace Polebaum’s aunt, the mother of the man who gave his son that chance to say farewell. “Instead of saying goodbye to his family, he helped others say goodbye to theirs,” Polebaum said.

While it may be tempting for us to “box away our emotions in the recesses of our minds,” Polebaum asked the audience to instead consider grief presenting a choice: “Do we hold tightly to that hallelujah? Do we sing out the lives we lost? Do we revel in our shared humanity? Do we hold onto hope? I, for one, choose hope.” He encouraged those in the audience to support each other, and to let even the memories tinged with sadness one day bring joy. Paraphrasing former Vice President Joe Biden, who himself has experienced profound tragedy and grief, Polebaum said, “While we all process and get through loss in our own time, there will come a day when the thought of your loved one brings a smile to your lips before it brings a tear to your eye.”