The Power of a Question: Author Jennifer De Leon 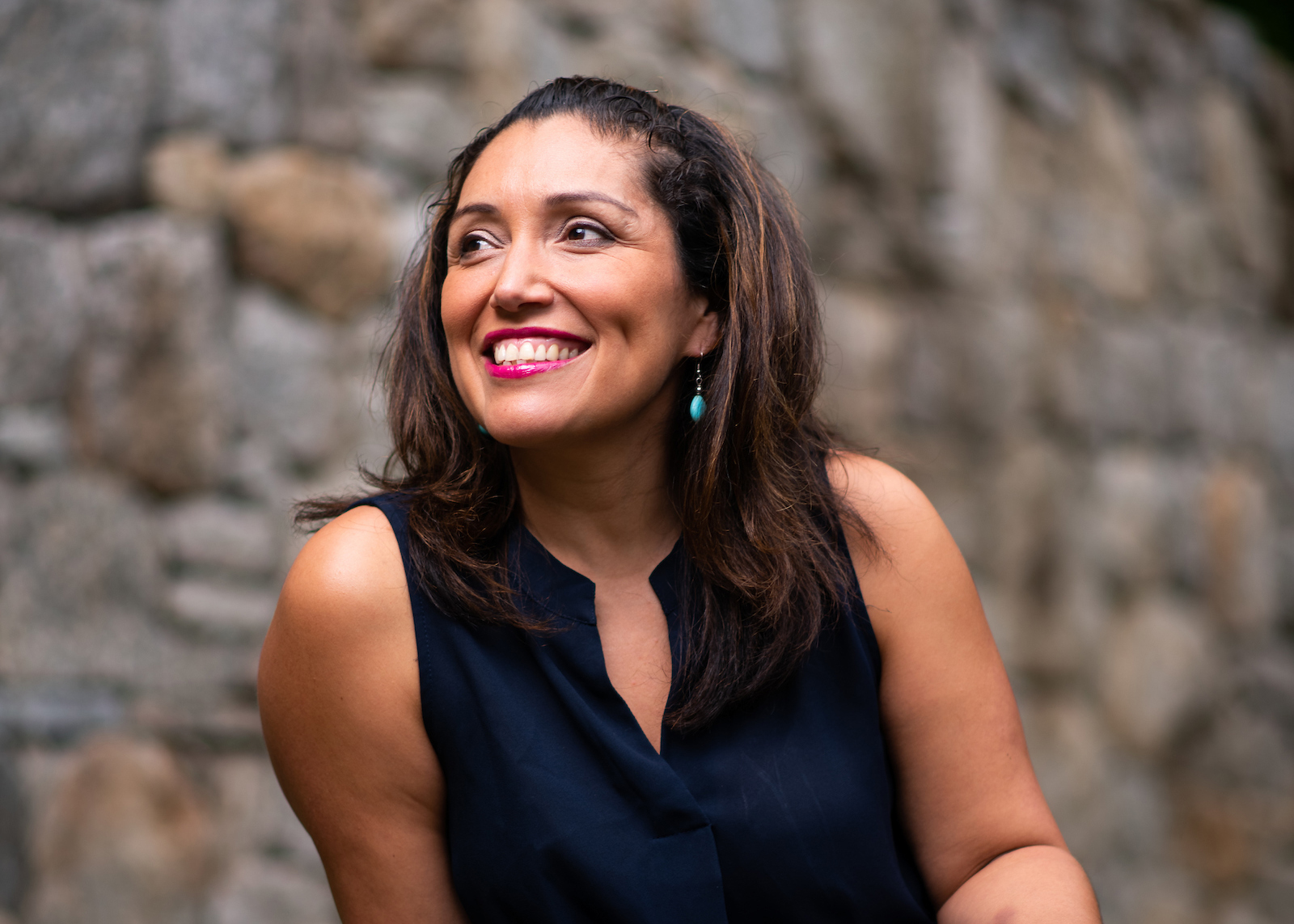 Jennifer De Leon knew she wanted to be an author since second grade, when she remembers incessantly pestering her teacher for more paper. She continued to pour herself into sticker-covered journals throughout her teen years. De Leon’s Guatemalan-born parents, like many immigrant families, made painful sacrifices to give their children better opportunities in their new country. “The fact that I get to be a writer is a big deal. So many people in my family right now aren’t living the lives they imagined, as Thoreau said. It’s not a small thing to be able to choose what you do.”

But De Leon also empathizes with the challenges faced by Liliana Cruz, the conflicted and strong-willed character in her debut novel, Don’t Ask Me Where I’m From. De Leon recently received the Walter Dean Myers Award for this book, from We Need Diverse Books, an organization that promotes inclusive titles and authors.

Nobles’ first long assembly of the year with author and creative writing professor De Leon, led by Aileen Feliz ’22, Avery Miranda and Anna Perez (both ’22), delved into the author’s process and her novel’s issues of race, class and immigration. Protagonist Liliana Cruz is a high school freshman educated in the Boston Public Schools (BPS)—until she is suddenly accepted into the METCO (Metropolitan Council for Educational Opportunity) Program, a voluntary desegregation program that enrolls “tens of thousands of Boston students of color in predominantly white school districts, creating the opportunity for students in those districts to experience the advantages of learning and working in a racially and ethnically diverse setting.” (Source: https://metcoinc.org/) “Through METCO, Liliana has opportunities she wouldn’t have had in the Boston Public Schools. For many people, the zip code they’re born into determines the education they receive. It’s not right or fair, but it’s true,” De Leon says.

Leaving her familiar friends and community for her suburban school, Liliana is overwhelmed by new experiences, from genuine support to the ugliest racist rants. She begins to question the disparities between her life and that of her suburban peers, while struggling to define who she is and to emotionally support her family in the absence of her deported father. From the daily microaggressions she faces in a predominantly white institution, to finding and using her voice to challenge ignorance and hate, Liliana’s journey is one that feels timely, urgent and realistic in today’s climate of racial and social unrest.

The title, Don’t Ask Me Where I’m From, comes from De Leon’s frustration with so often receiving that question, and often in an unsettling way. “It’s not a bad question, but it depends how it’s asked. Is it genuine curiosity, are we sharing each other’s backgrounds? Or is it, ‘What are you?’” De Leon asks. “This is the book I craved growing up and wanted to give to my students when I was teaching in Boston. When I didn’t see it on bookshelves, I wrote it.” One of her BPS colleagues was Melissa Lyons, who now teaches middle school civics and geography at Nobles, and helped make the connection for De Leon to come speak at Nobles.

During De Leon’s adolescence, she bounced between worlds, not fitting in, much like Liliana. Cousins in Jamaica Plain would make fun of her for “always reading” or “talking like a white girl.” To cope, she learned to code switch, taking on different personas depending where she was; she says it was exhausting. “Studies show that it can be physically debilitating. People need a place to vent and process or it can be really hard to carry that,” says De Leon.

The plight of undocumented people in the U.S. is also central to De Leon’s novel. In one assembly scene, tensions escalate when a group of students starts chanting about the need to “build a wall” to keep out immigrants. De Leon acknowledges the importance of freedom of speech, but also highlights the harm in “perpetuating an us/them dynamic. It’s ignoring history, human rights—the U.S./Mexico border was not always the U.S./Mexico border; it has changed over centuries. I want people to ‘peel the onion’ and ask why people are crossing the border, and think about how what they’re saying can really hurt someone’s feelings. Asking these questions can make things more complicated, but in a good way.”

Asked what young voters should keep in mind as they make their decisions this election year, De Leon recommended a TED Talk by Nigerian writer Chimimanda Ngozi Adichie, “The Danger of a Single Story.” “As young people, as woke people, as people who care about the future, you have a responsibility to think critically about the narrative you’re being fed. When you read one headline, what other stories aren’t being shared? How can I seek those out?”

De Leon also met with two small groups via Zoom, the Creative Writing Club and a group of students and employees of color. She said, “I hope this book is affirming for lots of students of color, but also eye-opening for other students and educators.” Encouraging students who face experiences like Liliana’s, De Leon referred to a favorite proverb, “A candle loses nothing by lighting another candle. The more candles, the more light. Lift each other up, give each other energy. ”