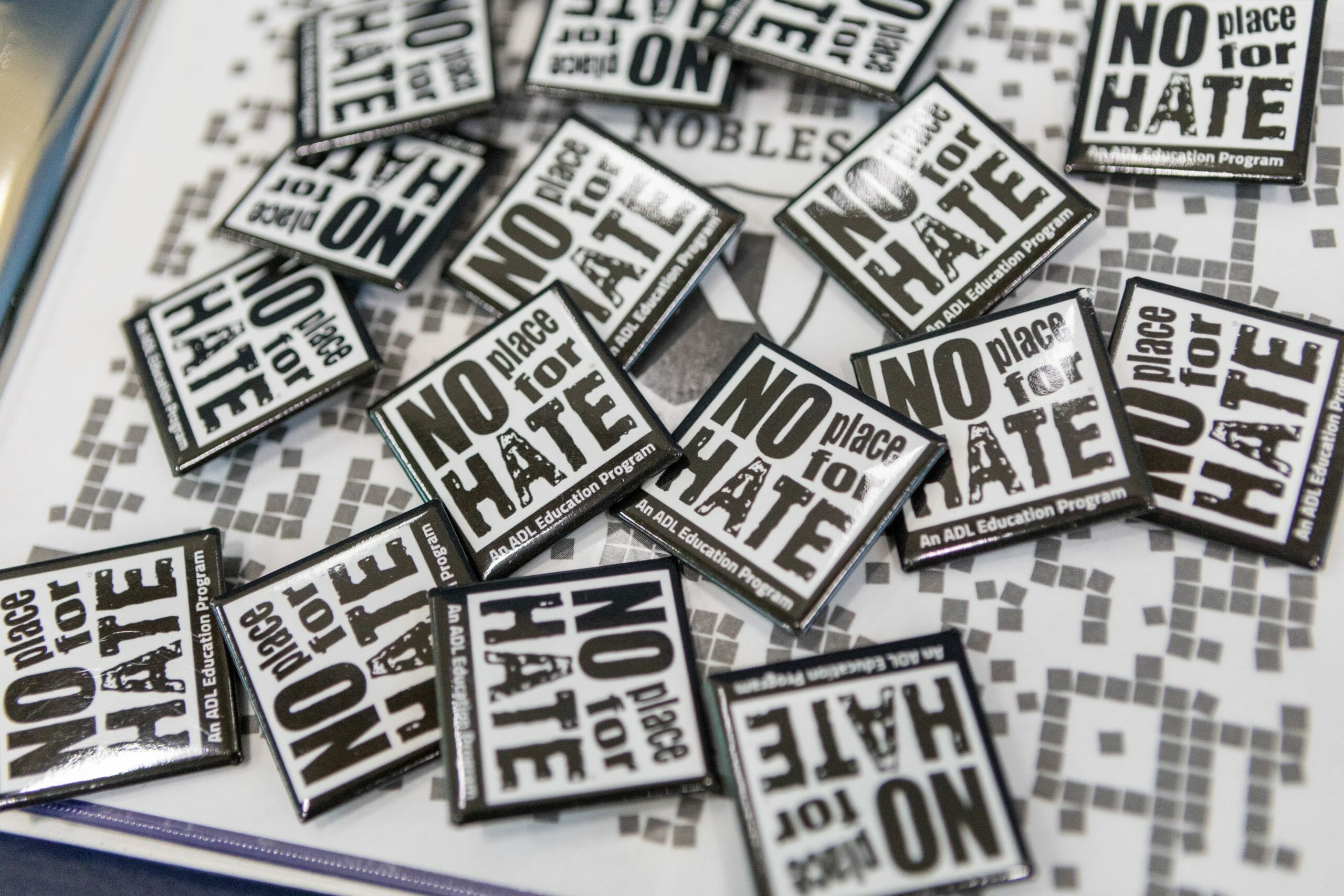 During a recent assembly, Zac Gordon ’23 invited the Nobles community to participate in the Antidefamation League’s Walk Against Hate on campus. Gordon explained that the ADL, one of the nation’s leading civil rights organizations, “works to combat racism, anti-semitism, hatred, and terrorism in the United States and around the world.” After sharing a video made by the ADL, he asked that students, faculty and staff reflect on how they, personally, define hate. “Perhaps think about a time when you might have been on the receiving end of hate,” proposed Gordon, “or when you might have been hateful towards others, either intentionally or unintentionally, because they were different from you or held different beliefs than yours. Think about whether you’ve been in a situation where you saw a hateful act being perpetrated and how you responded.”

The middle school walk, held on Monday, October 26, and the upper school walk, held on Friday, November 5 after some weather delays, served as a positive start to building awareness around the importance of standing up in the presence of hate. With the help of Mr. Gallagher, Mr. Denning, Ms. Hurley, Mr. Snyder, Ms. VanOot and Dr. Hall, Gordon helped to create a one-mile walk around campus that opened up at the end of the academic day for students, faculty and staff.

Athletic teams walked a one-mile loop around their practice fields in order to avoid large groups walking together and non-athletic programs, along with participating faculty and staff, completed a 15- 20-minute walk around Keller field or around campus. Students carried signs made by the art department, art students and community service team to inspire the mission to become upstanders. Some students held signs that read “diversity is strength,” or “no place for hate,”and others held signs with inspirational quotes about justice by Dr. Martin Luther King, Jr.

“Over 500 kids at Nobles took a step in the direction of making our world more just,”  said Gordon, reflecting on the event. “We succeeded in creating a course around our campus which enabled everyone in our community to generate spirit and enthusiasm for this important cause while remaining socially distanced in our pods.” Gordon added, “I love the idea that my school community walked virtually alongside people from all over the country in support of a more inclusive world,” noting that there is already enthusiasm about doing the event again next year and expressing his gratitude for ADL’s partnership in making the walk a reality at Nobles.