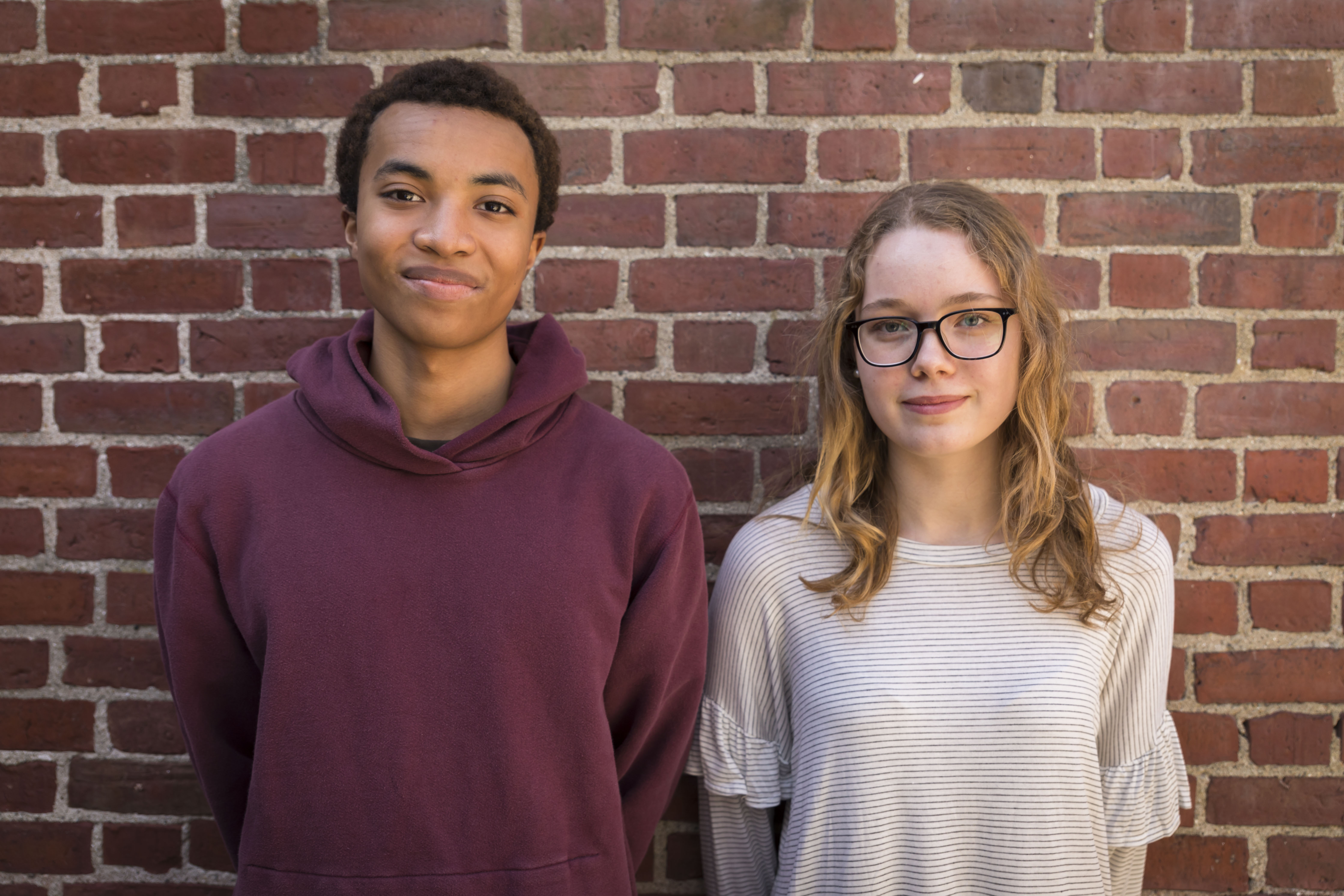 When Imogen Nagle ’21 and Clay Harris ’20 chose to study the Japanese language in seventh grade, both were looking something a little “off the romance languages path.” The infectious enthusiasm of former Japanese faculty member Tomoko Graham gave them both fond memories of those early classes. Nagle says she loves her Japanese language classes, and remembers, “When Ms. Graham did ‘Discover Nobles,’ [an event for newly-admitted students with class demonstrations] she was so excited. So is Sensei [Ayako Anderson]—they’re just the best teachers ever.” What Harris and Nagle didn’t anticipate was how enchanted they would become with the culture itself. This February, they wrote about that appreciation for an essay contest hosted by the Japanese Consulate, open to Japanese language students from public and private colleges and high schools all over New England.

Nagle placed first and Harris placed third in the Advanced High School category of the prestigious essay contest, for which they composed pieces of 400+ Japanese characters (Hiragana, Katakana, and Kanji).

Nagle addressed “How to Improve relations between Japan and the United States.” She wrote about her relationship with a Japanese exchange student she hosted in fall of 2017 (from Nobles’ sister school in Hokkaido, SIT). Nagle also stayed with her in Japan during the Nobles trip in summer 2018. For her essay, Nagle addressed the importance of learning about and appreciating different cultures, highlighting music. Nagle, a flute-player, shared her music with her Japanese sister and tried the koto, a traditional Japanese string instrument. She also compared American and Japanese food culture. The student she hosted was “so overwhelmed at American brunch…the options and the size of the pancakes as big as her head!”

Next year, linguistic enthusiast Nagle will spend the year pursuing her academics and learning Italian in Viterbo, Italy, near Rome, with the School Year Abroad program.

Like Nagle, Harris is fascinated by the cultural differences between the U.S. and Japan, and the serenity of Japanese culture. “The culture’s really cool to me, and the language is also really beautiful,” he says. Harris also went on the Nobles summer 2018 Japan trip; it was his third time there, having been once on his way to the Philippines, his mother’s homeland, and another time on his way to Singapore, where his stepmother is from. “There’s something about Japan that is really clean and peaceful. When I went there with Nobles, we went to this mountain, and it was one of the most beautiful experiences I’ve ever had. I’m definitely planning to continue taking Japanese,” he says. In his essay about what Japanese class and the country and culture have done for him, he wrote about his stay in Japan, as well as foods he had and made there. He says the greatest challenge was,“I feel like I’m good at creative writing, but writing an essay in another language is a whole different challenge than I’m used to.”

Both Nagle and Harris plan to continue their language studies. The students will be recognized at an April 6 awards ceremony at the Brookline Public Library. Omedetōgozaimasu—congratulations—to them both.